The idea of this exhibition was initiated based on the doubt the artist had about the act of painting. Razi who is a multidisciplinary artist and makes experimental movies as well has created paintings in which the subject is less important than the process of creation. In his opinion, the reason why painting is still attractive and booming in present times is simply because of the act of painting, and like any other creative act, painting, too, is to make a new taste and to provoke thoughts and not just to produce hard to understand statements that accompany each and every series. For this reason, in the beginning, Razi used a word generator so that he could paint random words suggested by the application in order to avoid picking a subject himself. What became very important in this process, was his personal expression and the tone and mood he added to his subjects. In other words, what matters most to Pooya Razi, is to paint something based on his personal visual language, mood and lighting. Throughout the procedure, however, he stopped using the word generator and since he had become more attentive towards his surroundings, he started selecting various objects and subjects to paint: a firecracker, a door, a sitting figure, etc , all with a personal dialect that turned his common and typical subjects to considerable paintings. In his work, Razi also applies flat backgrounds for his human figures and a white plinth for the objects to keep the visual focus on the main subjects, exactly like what happens in a neutral environment such as a white cube gallery. . 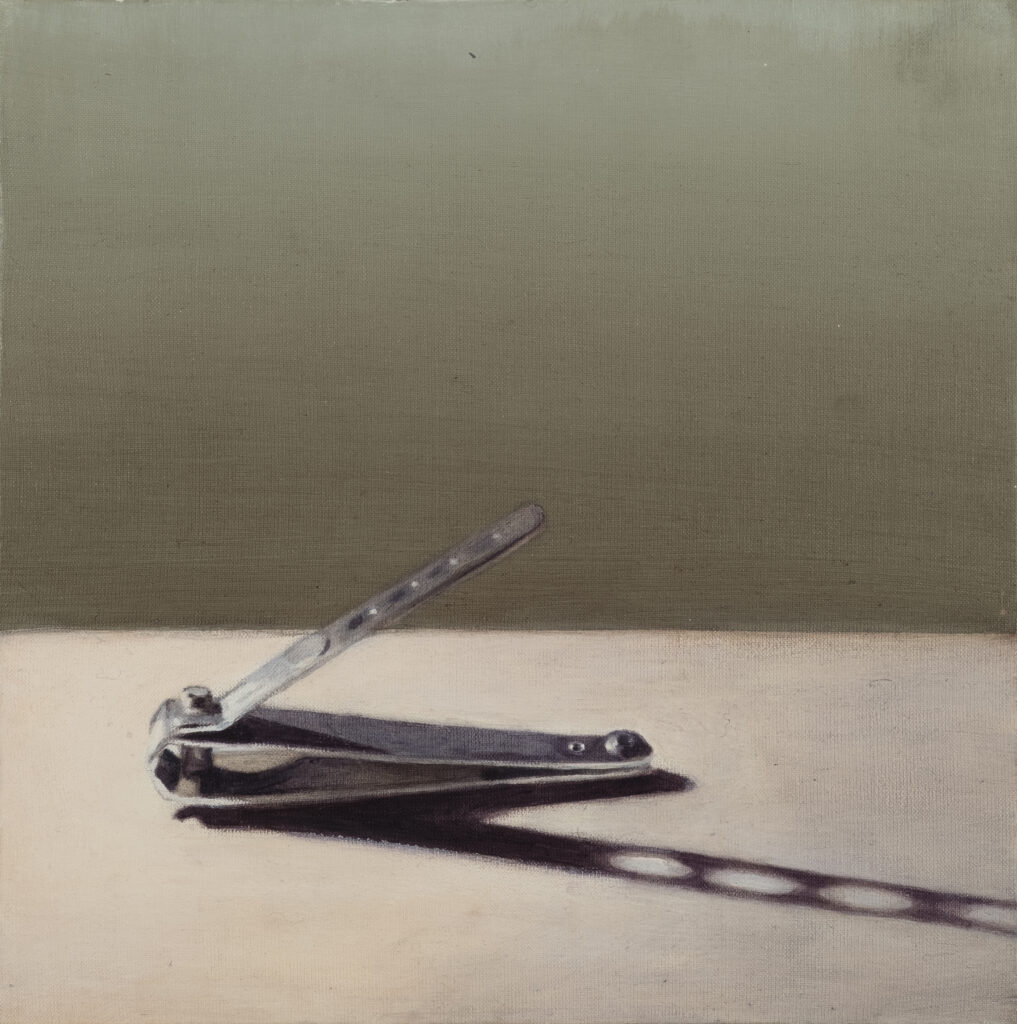 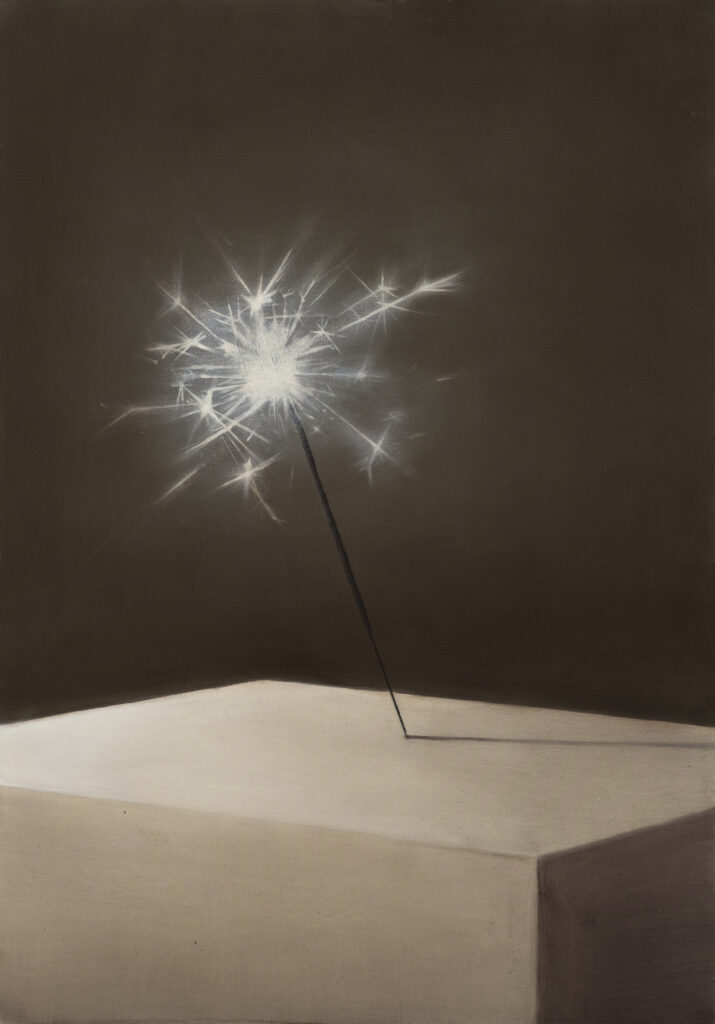 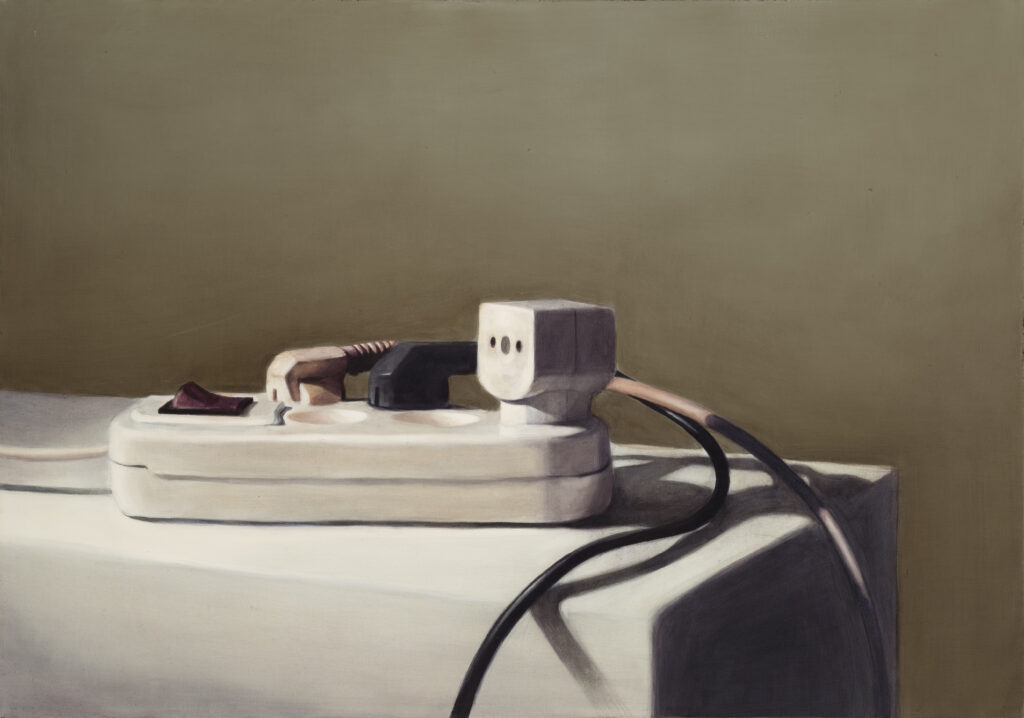 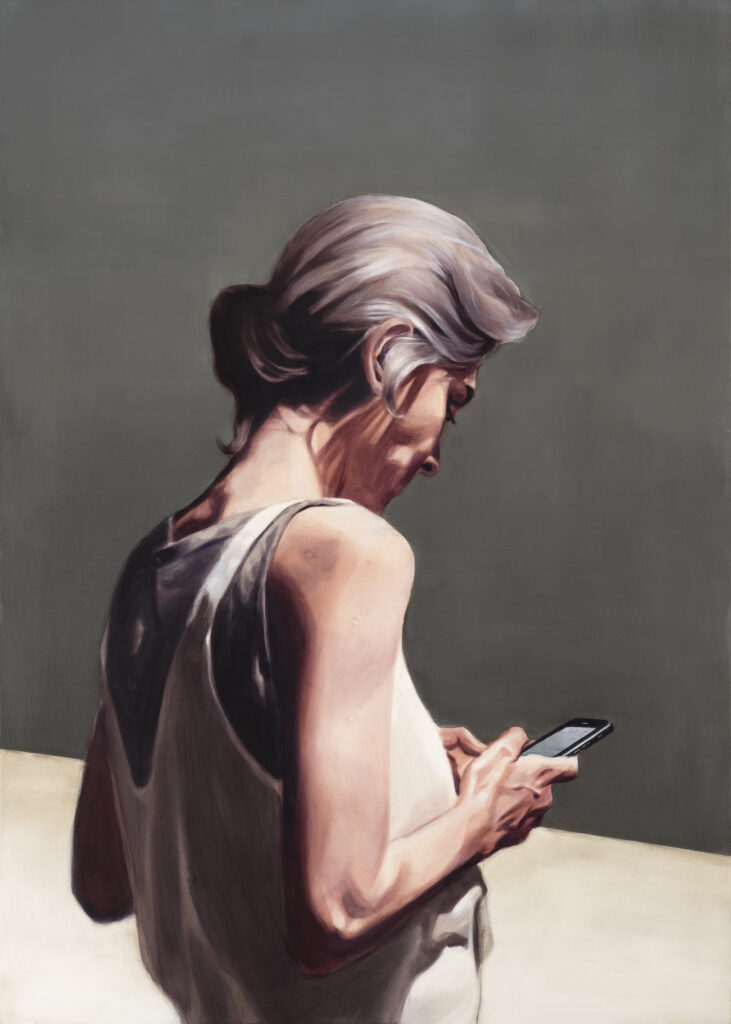 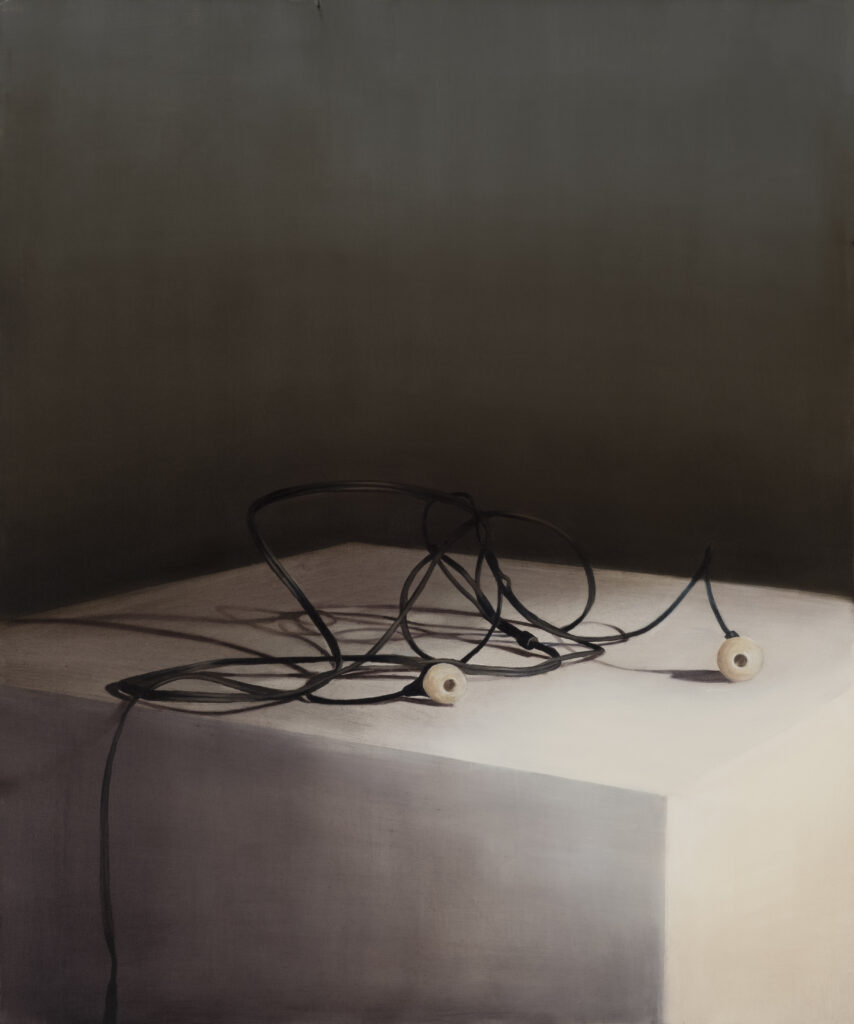 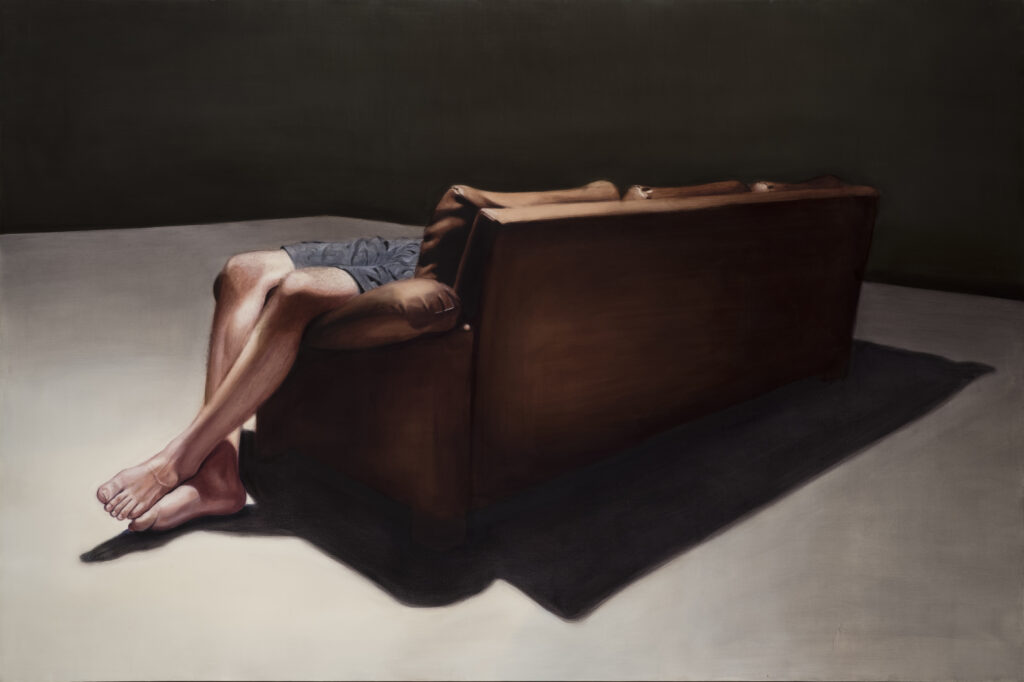 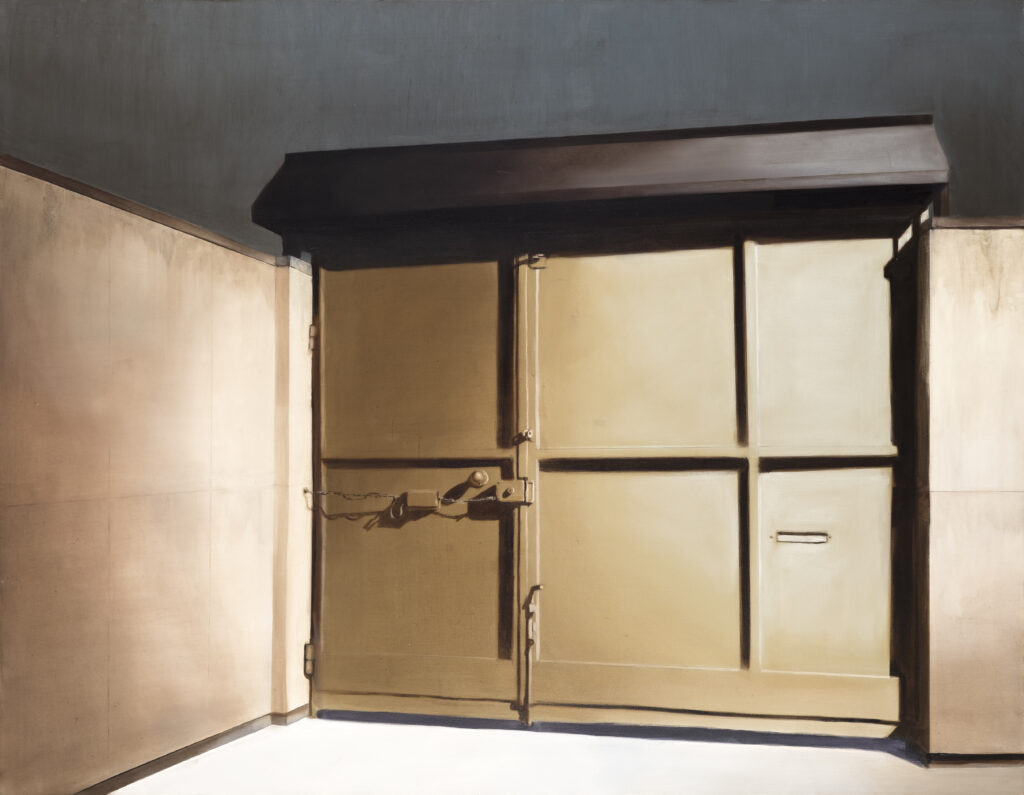 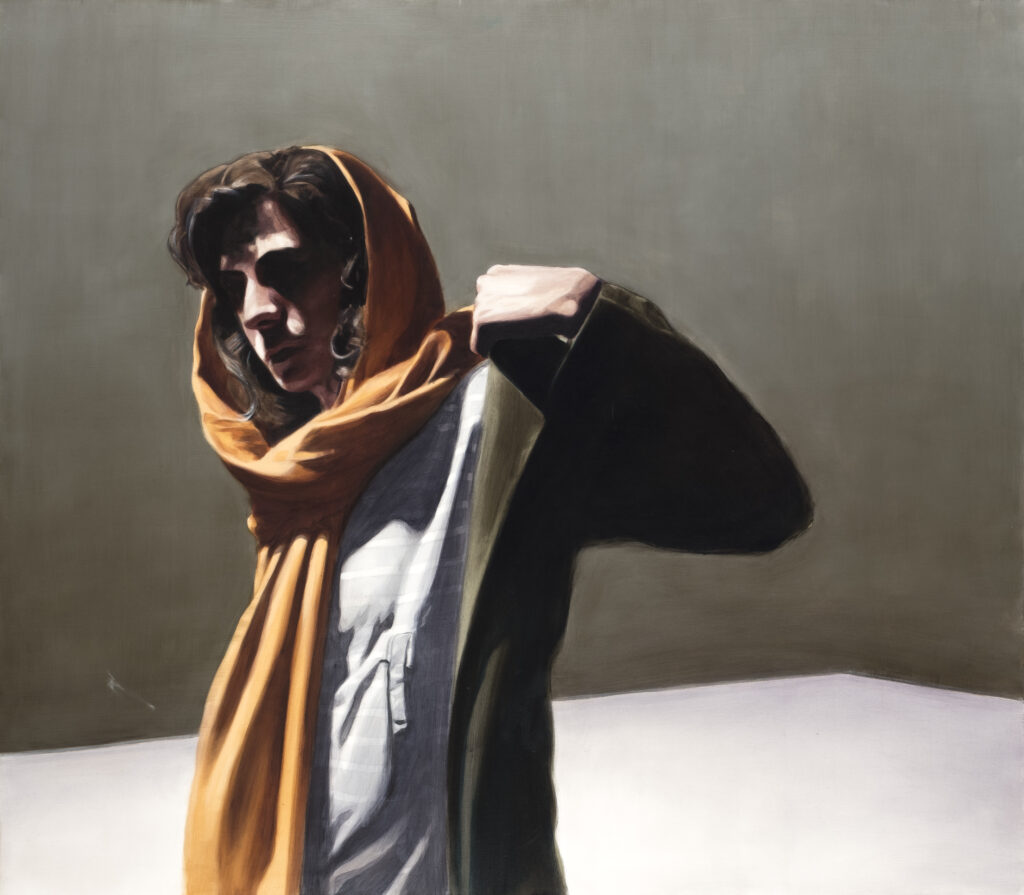 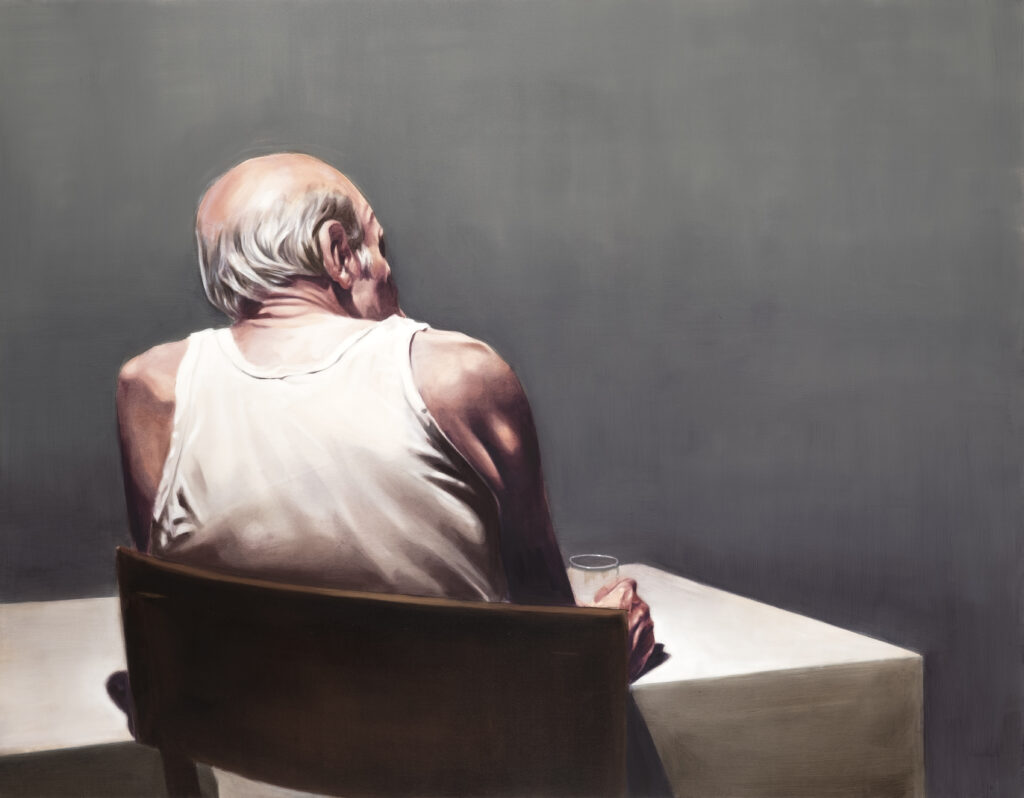